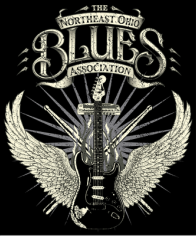 RBA Publishing, Inc has just released the 20th issue of the annual Blues Festival Guide magazine. This free anniversary edition is 84 pages packed full of entertaining blues history, lifestyle, industry news and of course, festivals! The magazine can be picked up for free at select festivals and through blues societies. To order one delivered to you, send $9 (for shipping) to RBA Publishing, Inc, P.O. Box 920, Arcata, CA 95518, or find the link to order on www.BluesFestivalGuide.com.The first third of the magazine is The Featured Festival section with dozens of festivals and their line-ups. A perfect companion for serious blues festival fans. Additionally, in the back of the magazine is a three and-a-half page calendar of blues festivals around the world.

​ANNIKA CHAMBERSLike so many powerful vocal artists, can trace her love of music back to early childhood. “I grew up singing in the church,” she says. Not that she had to tell us. Citing the gospel influences of Yolanda Adams, Shirley Caesar, Dottie Peoples and Whitney Houston, you can’t help but feel the Spirit moving through the entire room when Annika throws herself into the heart of a song. But it was during her two tours of duty in the US Army that Chambers realized the gift she had. “One of my colonels heard me singing, and he said, ‘Why don’t you sing the Anthem for one of our ceremonies?’” She was an immediate hit and became their first choice for all their music events, joining the gospel choir and even winning the talent show on her base. From there, Chambers became part of a touring band making the rounds through Kosovo and Iraq, providing a welcome lift for the troops’ morale. She also planned special events, concerts, dances and karaoke nights, always doing her part to infuse the good time music into their lives.

Returning to Houston in 2011 brought the creation of Annika Chambers and The House Rules Band. Audiences loved their combination of blues and soul and started paying attention to that powerhouse voice behind the microphone. Among her admirers was bassist Larry Fulcher (2012 inductee to the Blues Hall of Fame) and producer/musician Richard Cagle of Montrose Records. By the end of 2014, Chambers’ debut album, “Making My Mark”, was climbing blues charts across the US and Europe. Her meteoric success and rising attention brought Annika Chambers the coveted nomination for 2015 BMA (Blues Music Award) “Best New Artist 2015”.

Her sophomore release, “Wild & Free”, did not disappoint, with a debut at #7 on the Billboard Blues chart! Building on her success, Chambers used this opportunity to showcase her ever-improving abilities to sing across multiple musical genres. The word continues to spread on this rising star as festivals from South America, Europe and right in her own backyard (Minnesota Bayfront Blues Festival, Las Vegas Blues Bender, Gloucester Blues Festival, Mississippi Delta Blues Festival)race to feature Annika Chambers in their lineup.

A full-time music career can keep a person busy and yet Annika Chambers always finds time to give back to her community. Chambers has a deep passion for supporting and inspiring the next generation of musicians. When performing, she’ll often shift the spotlight to local youth musicians and she also donates time speaking in classrooms about the legacy that is the blues.

“Annika Chambers’ voice has the righteous power to put her alongside greats like Aretha. Yeah… she’s that good.” ~~ The Rock Doctor John Kareiff~~ ”

​GARY LEE & THE CATDADDY'SGary Lee & The CatDaddy's is a Blues based Rockin' Soul band from small town Ohio. GLTC lays down an unapologetic fusion of everything we love about American music. You'll get a heavy dose of sizzling blues guitar, lively rock-n-roll piano, & driving grooves. All delivered with gospel-inspired vocals. Prepare to be moved.